Roam Around The Queen City of the South

From your hotels or guest houses, grab a taxi or take jeepney to get to these historical places in Cebu downtown. 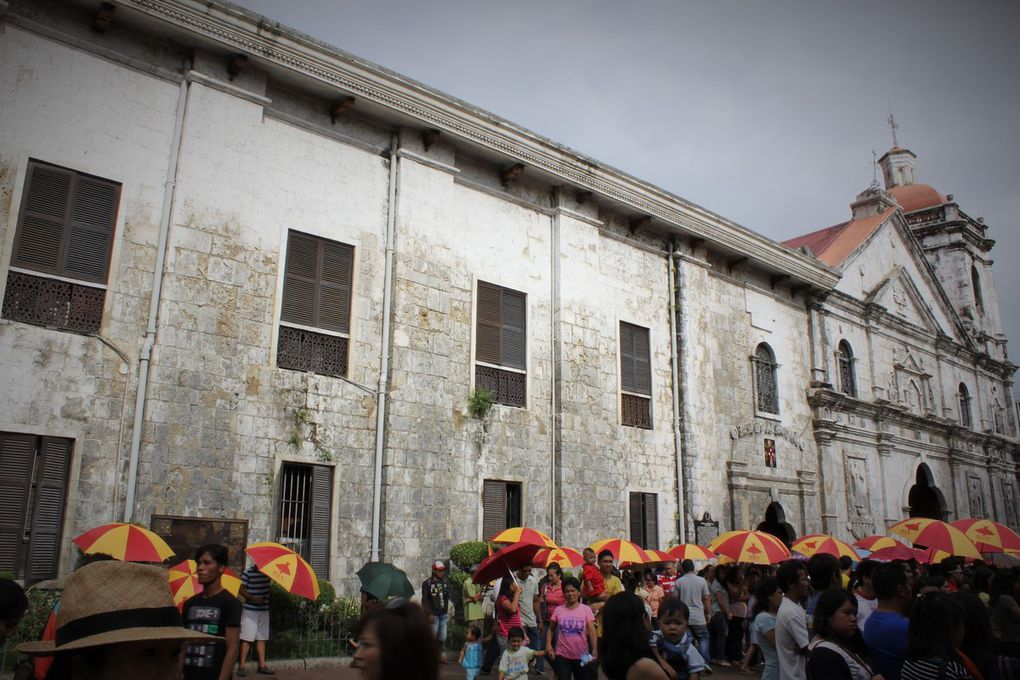 In 1521, the wooden Sto. Niño image was brought by Ferdinand Magellan in the country and gave it to Queen Juana as a baptismal gift. In 1565, forty four years later, Cebu City was destroyed by the big fire that was set on purpose by the Spaniards as a punishment for Cebuanos for their opposed activities.

Around the area, a Spanish soldier found the image in one of the burnt house, and it was found unbelievably undamaged. It was believed that the image is such a miraculous one. From then, Cebuanos made the image of Sto. Nino as the official patron of the city.

The Sto. Niño image is clothed in valuable textiles and propped up with gold crown, globus cruciger, various sceptres and regard highly by many Filipino Catholics. The image is one of the most beloved icons in Roman Catholic. It is kept inside the Parish convent and the replica ennshrined in glass is placed inside the Sto. Niño image.

The feast of the patron is celebrated every third Sunday of January and it is named as Sinulog. 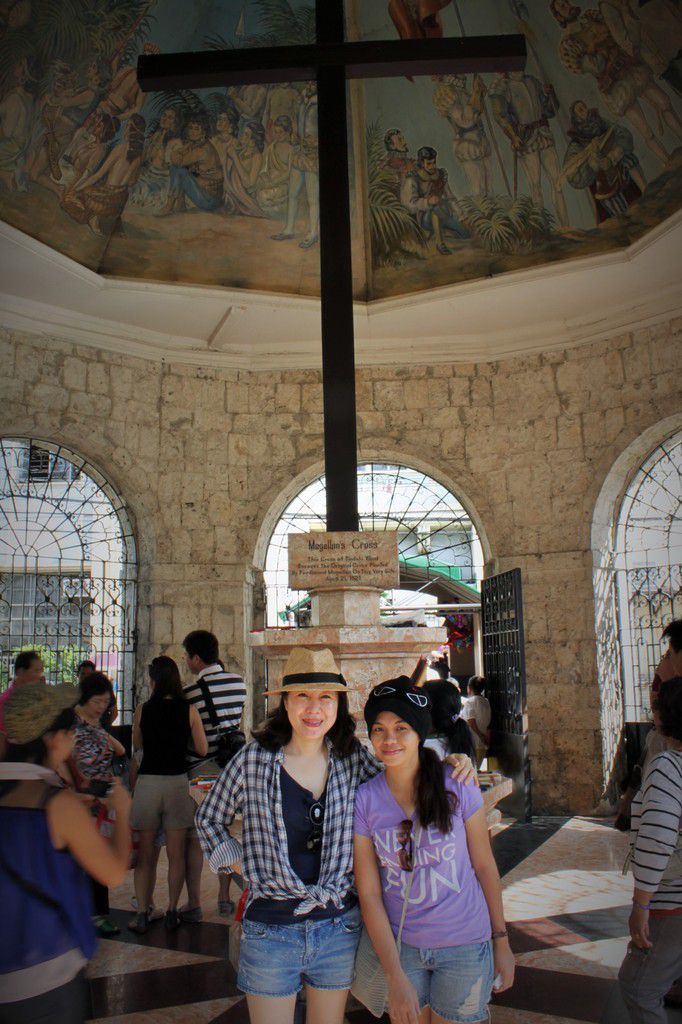 Right next to the Basilica Minore del Sto. Nino, lies Magellan's Cross. It is a Christian Cross built by Spanish and Portuguese explorers as ordered by Ferdinand Magellan. The cross was built to signify the important event about the propagation of the Roman Catholic in Cebu City.

The cross is believed to be miraculous. Many candle vendors offer candles and prayers to the visitors for it is believed as a powerful healing for everyone who believes in miracles. From Magellan's Cross, walk for a few minutes to reach the next destination.

Plaza Indepencia is the Spanish term of Independence Square located between Fort San Pedro (which is the next destination) and the building called Gobierno Provincial in Cebu downtown area.

It is known as the most historiacal plaza in Cebu City due to its history as a pre-hispanic settlement and trading port.

A stone pillar or an obelisk was planted in the center of the plaza in loving memory of Miguel Lopez de Legazpi, the first Spanish governor-general of the Philippines. 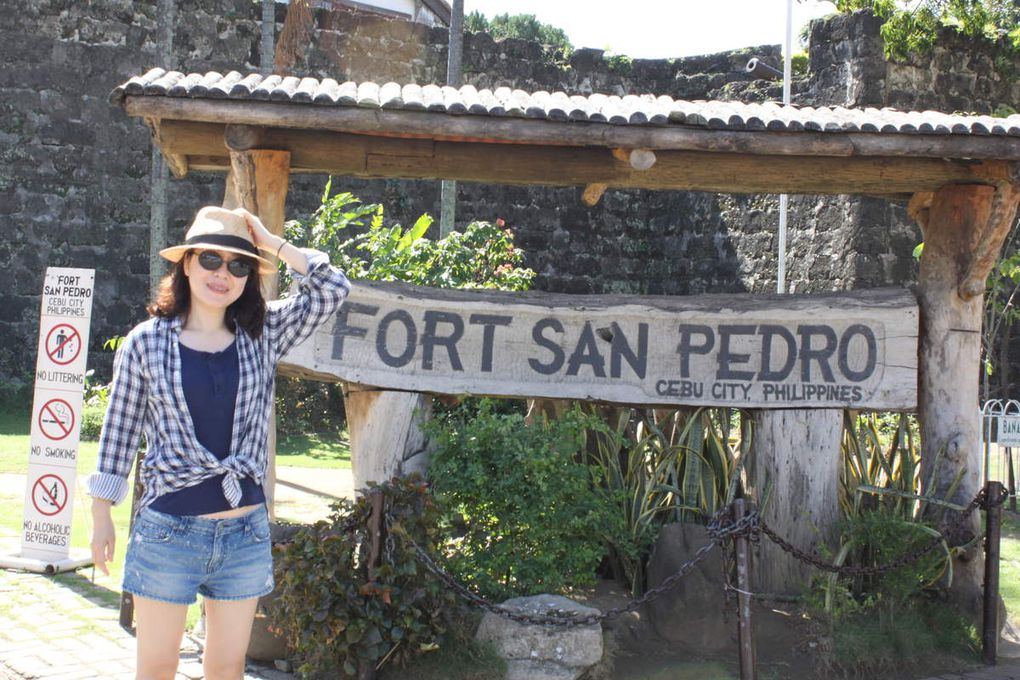 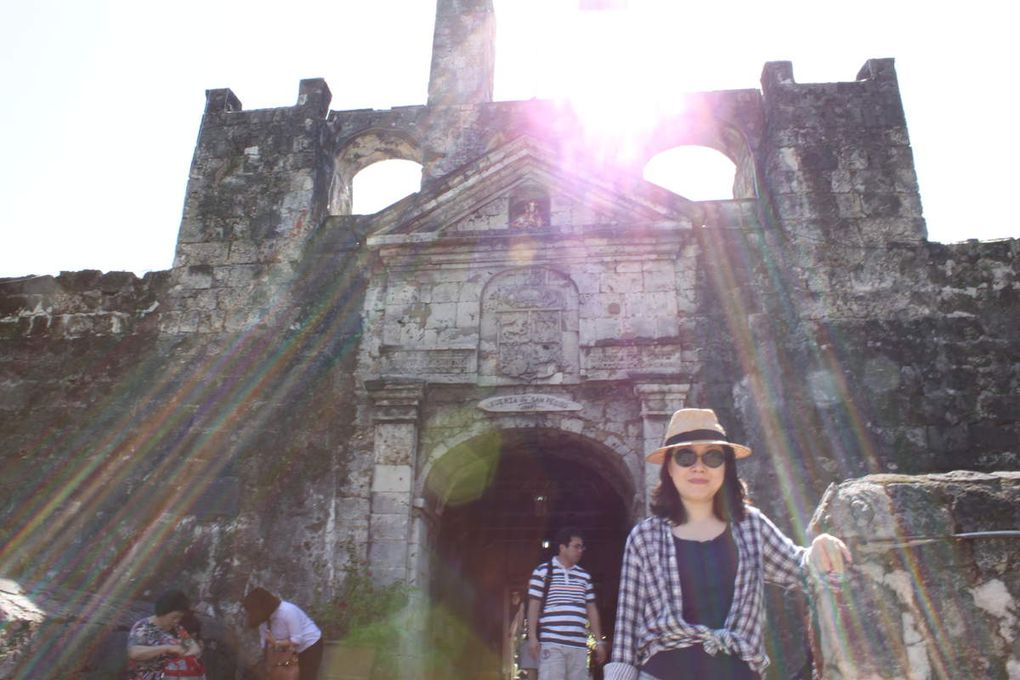 In front of Plaza Independencia, located another historical landmark called the Fort San Pedro where in a series of historical events occured of several countries such as Spain, America and Japan.

It is the oldest and the smallest fort in Philippines. It is named after Miguel Lopez de Legazpi's ship "San Pedro" which sailed around the Pacific Ocean.

It was built in 1738 with several purposes. It became the watch tower to counter attacks enemies, hideout for Japanese revolutionaries, US barracks and a refuge for Filipinos revolutionaries.

Inside, you can discover some antiques, Spanish items like paintings, documents, sword fragments and many other valuable items.

Nowadays, some photographers make it as a venue for photoshoots like prunuptial and modelling shoots.

For its maintainance, every visitor has to pay Php30 for the entrance fee. It is open from 8am to 6pm. For me, its better to start the city tour at around 1pm so you can proceed to Larsian BBQ place (see http://miyonombre13.over-blog.com/2015/05/larsian-cebu-s-famous-bbq-place.html) and end your day with a unique and full of new experience dinner.

Just a reminder. Please take care of your personal belongings while having your city tour. I Travel. I Photograph. I Explore